The funicular railway and Giovanni Pedrazzini, the
beginning of a story.

In 1896, Francesco Muschietti, Giuseppe Varenna, and Domenico Rigola submitted an application a concession to construct a funicular railway leading to the Sanctuary of Madonna del Sasso.
They obtained it the following year and renewed it in 1900; but, one of the initiators having died and another having emigrated, nothing actually happened until a new committee was set up on the initiative of Giovanni Pedrazzini and composed of Domenico Rigola, the only survivor of the first three initiators, and Luciano and Francesco Balli. The Funicular Society was thus established on 19 June, 1903.

Once the concession had been obtained, the projects were set up and work began. Giovanni Pedrazzini was actively involved in, and often the initiator of, all the major works related to the funicular. A man with a broad outlook and bold ideas, he had no desire to throw himself into the political life of Ticino when he found himself starting his business after doing well in his studies at Italian colleges. Instead, he preferred to embark on a journey of discovery to America, where fortune proved to favour him; after thirty years of activity in his silver mines in Mexico, he returned to his homeland at the age of forty-eight, one the few Ticinese people in America who managed to find the proverbial land of plenty…

He returned still going strong, with an enterprising spirit and conspicuous means. He one of the most notable names in the history of the development of Locarno. A cordial yet superior man, he managed to smooth out political disputes and animosities; when the banks failed in 1913, he presented himself at the counter of the American Swiss Bank (now UBS Locarno), of which he was chairman, and was able to reassure the alarmed employees and save the institution.

He threw himself into Locarno businesses with enthusiasm and pro-active spirit, from the electricity company to the Valmaggia railway, from real estate to the funicular railway.
Taking his wife and family with him (six children brought over from Mexico, four born here), he settled in a villa in the new neighbourhood, which he named “El Carmen” after one of the mining sites he founded in Mexico. It was here that he spent his remaining energy until his death at the age of seventy in 1922; attended by large crowds, his funeral was an eloquent testimony to his well-deserved popularity.

The funicular line construction project was set up by Giuseppe Martinoli, an engineer from Blenio, while the technical railway project was headed by Bosshard, the engineer from Zurich responsible for the Dolder funicular. Once the projects had been approved, the works were entrusted to the Garavatti company based in Varese and begun without delay. The departure station was built behind the Rusca family’s house, known as Lucomagno, acquiring a permanent right of way; except for numerous technical and practical improvements, it has not changed since then.

The 813 m route runs along the Ramogna river, sometimes to the right, sometimes to the left, and passes through three municipalities: Locarno, Muralto, and Orselina. The highlight of the journey is the viaduct with eleven bold arches, where the slope is at its steepest at 30 percent. The costs, estimated at CHF 325,000, ultimately amounted to CHF 469,965.

Not for the sake of personal gain, the initiators set themselves the goal of promoting the development of tourism and construction in the area and making the beauty of our hills better known and appreciated by everyone, not just tourists.
Considerable development in the area of Monti, Orselina, and Brè, and generally in the hills surrounding our city, was thus ensured.
The predictions came amazingly true. That the people behind the funicular were far-sighted and daring was demonstrated by the fact that, even while they were working on the construction of the funicular, they were already thinking of extending it to San Bernardo and Brè.
This dream was fulfilled by the second generation with the cable car built in 1952 which, as a continuation of the funicular railway, takes passengers from around 200 to 1,400 meters up Cardada in the twinkling of an eye.

The construction of the line, begun in late 1904, was completed in just over a year; the federal delegates were able to test it as early as on 16 February, 1906.

Work on the technical side was carried out alongside construction work on the line; the Cronaca Ticinese newspaper, which closely reported the progress and innovations, announced the arrival of the cars on 7 November, 1905.

The funicular began operation on 1 March, 1906, with no fuss or fanfare, as the Cronaca Ticinese newspaper noted: “The funicular railway has begun regular operation, without even an opening ceremony”, suggesting at least a glass or two could have been raised.

In 1907, the first year of full operation of the funicular, 116,529 people and 611 dogs were transported and shareholders received a 2 percent dividend; two years later, the number of passengers rose to 146,999 and the dividend to 3.5 percent. The upward trend continued, only interrupted temporarily by the two world wars.

Over the past ten years, the funicular has transported an average of 350,000 people a year. 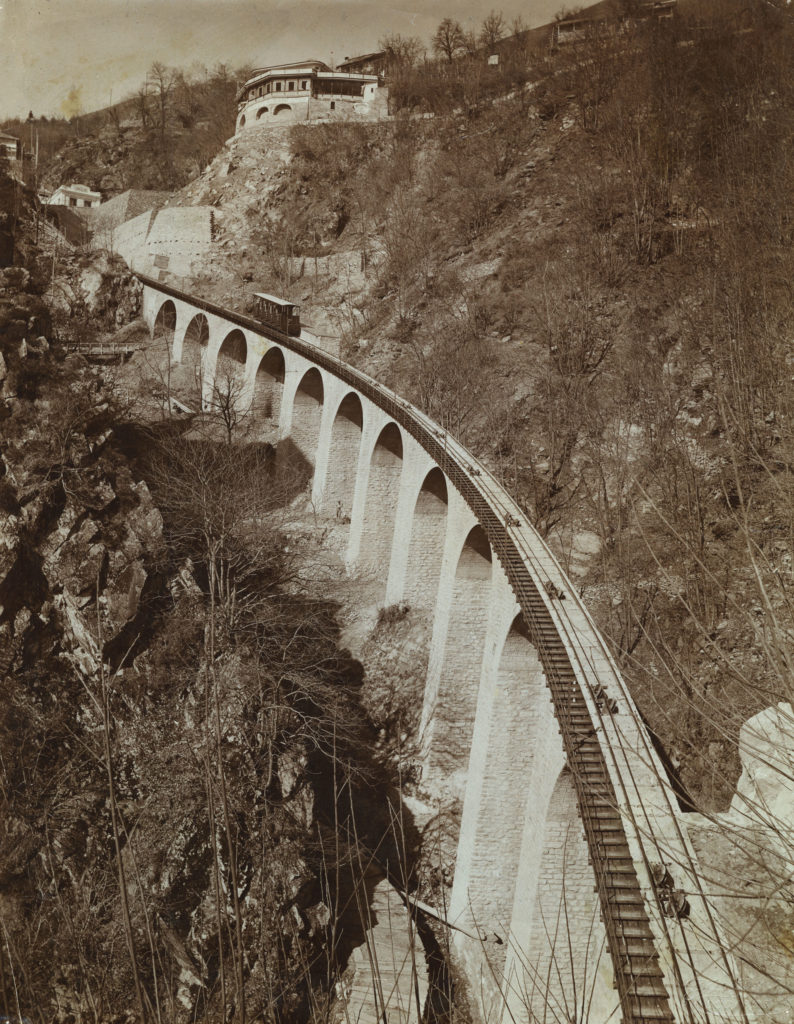 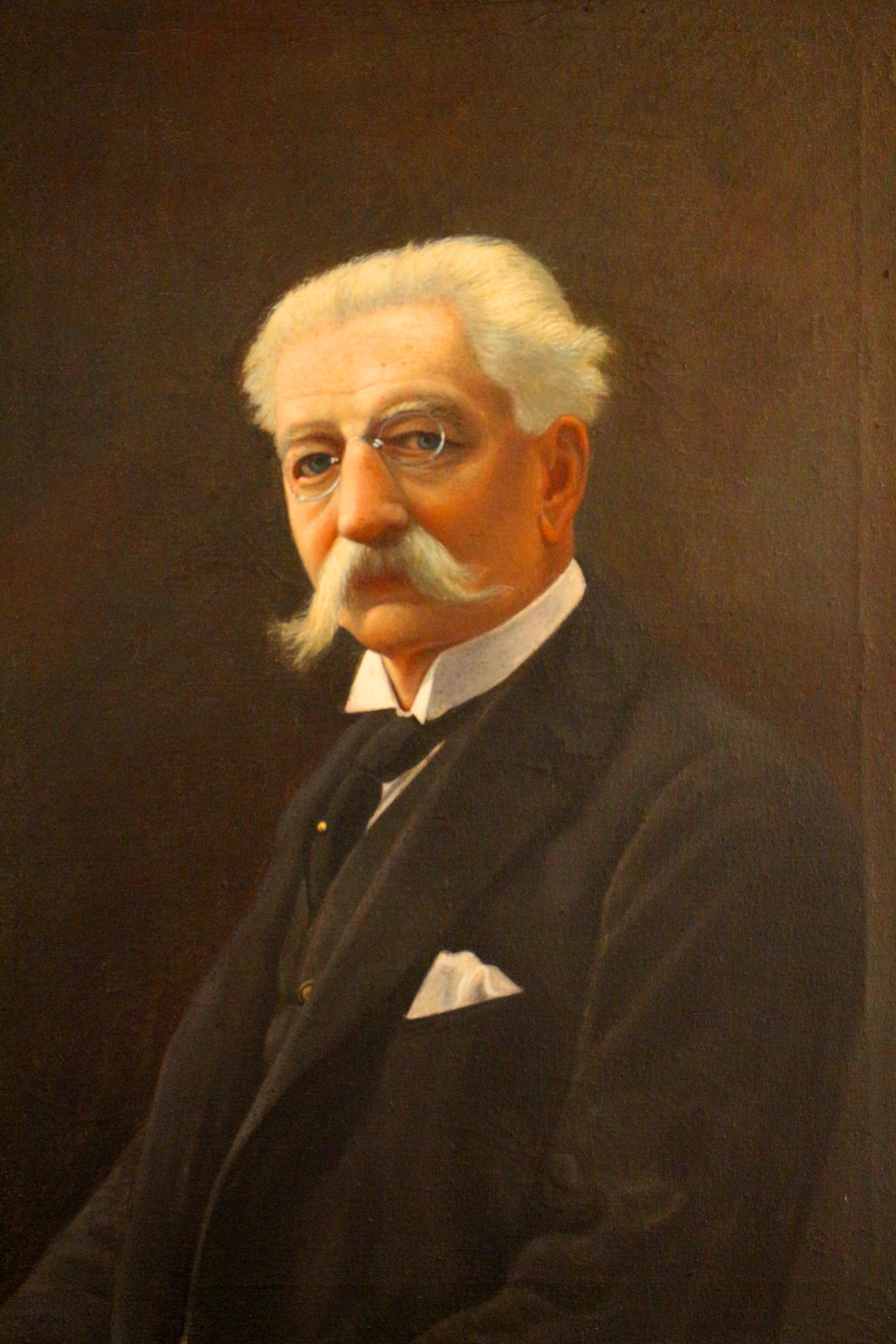